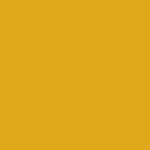 David is a Bay Area artist who has had numerous one-man and group showings of his work throughout the Pacific Northwest, California and the Midwest. He is also a published poet and has had his poetry and prose published in a number of publications including the Berkeley Poet’s Cooperative, the Dan River Poetry Anthology, the Pacific Coast Journal, Cups; A Café Journal and the San Francisco Bay Guardian. He has won numerous prizes and awards for his paintings and his poetry such as the Hyde Park Poetry League and the World of Poetry. His paintings have won him First Place Award from the Artist Gallery in Oakland, California and First Prize from the Alsonzo/Sullivan Gallery in Seattle, Washington, among many others.

David earned a Bachelor of Fine Art degree in Painting from the California College of Arts & Crafts in Oakland, CA (now College of the Arts) in 1982, with additional graduate studies there from 1986-1987. He also studied at the School of the Art Institute of Chicago (Chicago, IL, 1983), the New York Studio School (New York, NY, 1981) and the Universita Per Straneri in Perugia, Italy, 1979.

David lives with his wife and two dogs in Oakland, California.